Office germ hotspots revealed – with the kettle, kitchen cupboard and hand sanitiser bottle all dirtier than a toilet seat

COVID-19 and the long term effects of the pandemic has meant that businesses are all becoming more conscious of keeping communal areas safe for workers returning to the office. With many office workers returning to the workplace, at least on a flexible basis over the past few months, it is important to understand the danger areas for harbouring germs and bacteria.

The brand, which specialises in microfibre cloth that removes 99.99% of bacteria, swabbed1 the main touchpoints in offices to test for aerobic bacteria, yeast and mould. The swabs were then incubated and tested to find the amount of colony-forming units per cm2, revealing the worst offending areas for high levels of viable bacteria and fungal cells.

The germ hotspots of the office as revealed by the study were:

The research found that the computer mouse was the dirtiest touchpoint in the office, ranking the highest of all the tested areas for bacteria colonies per agar – a staggering 250. 225 yeast colonies were also identified on the mouse surface, almost double the level of all other areas tested.

Pictured: Swabs from the mouse, showing levels of aerobic bacteria, yeast and mould

The kettle was the second dirtiest area within the office environment, due to the high levels of mould present on the surface and 200 colonies of yeast, followed by the fridge. 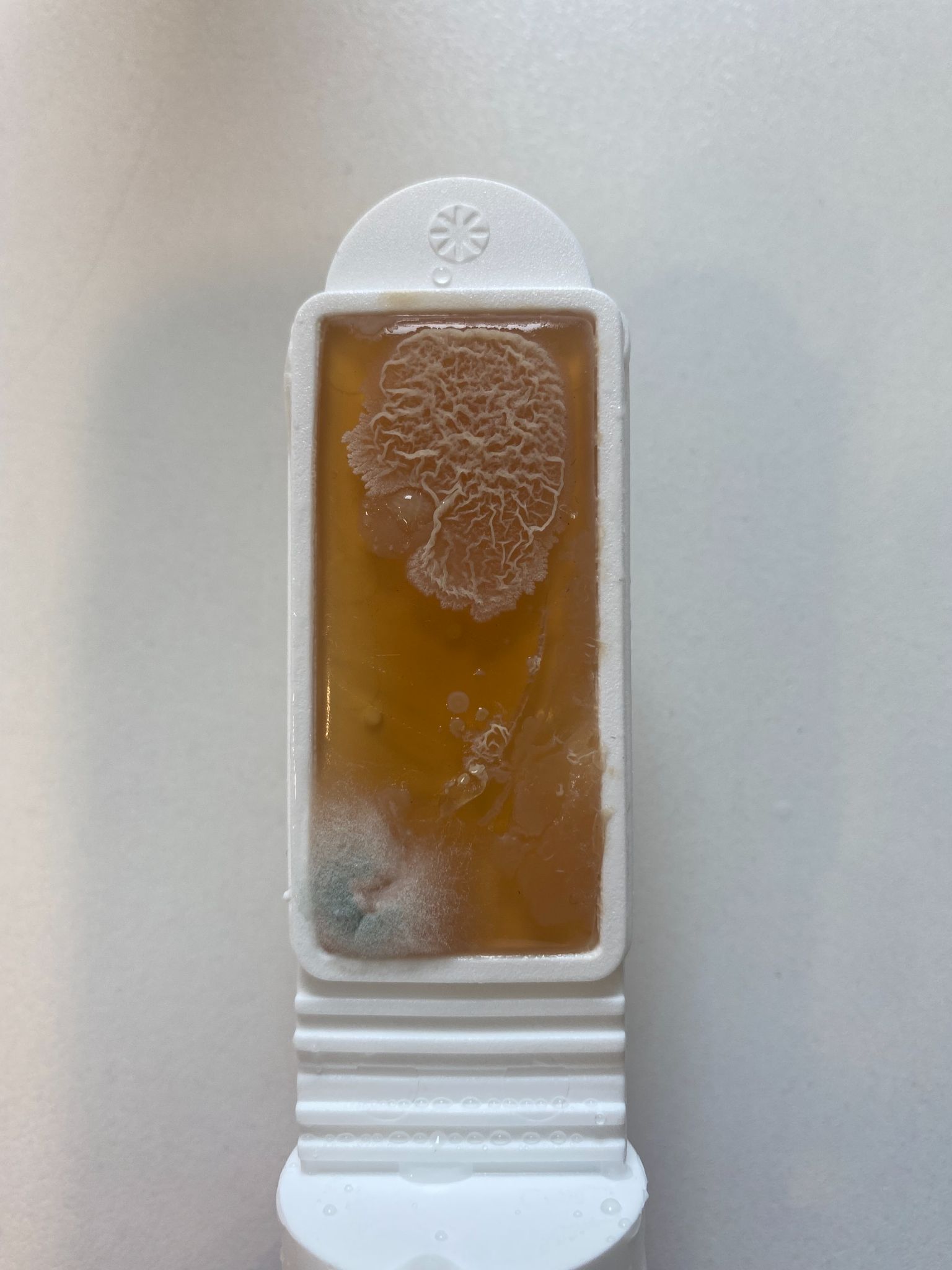 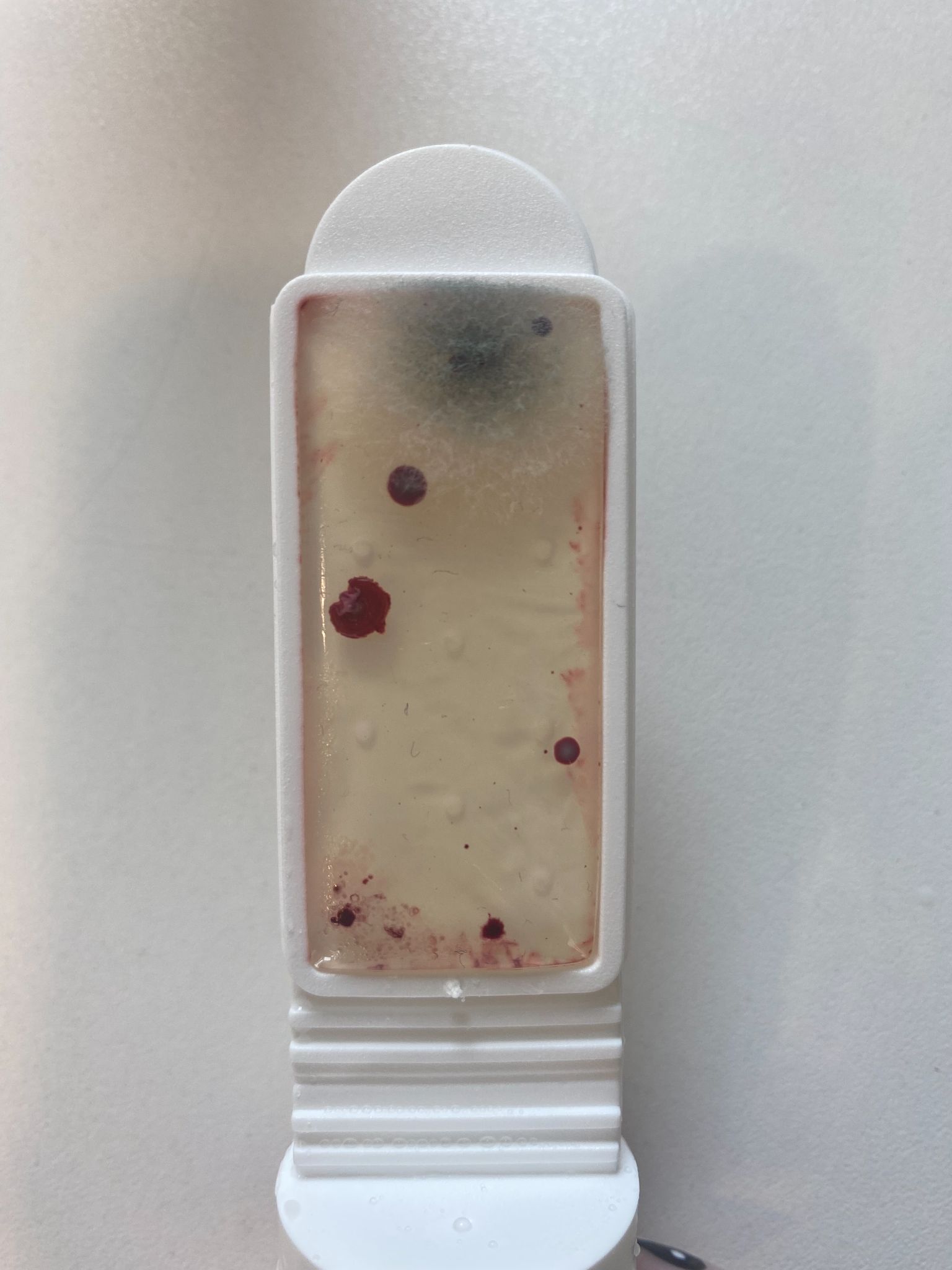 Pictured: Swabs from the kettle, showing levels of aerobic bacteria, yeast and mould

On the fridge, a staggering 130 colonies of bacteria were present on the swab sample, making it one of the most infectious areas in the workplace.

Pictured: Swabs from the fridge, showing levels of aerobic bacteria, yeast and mould 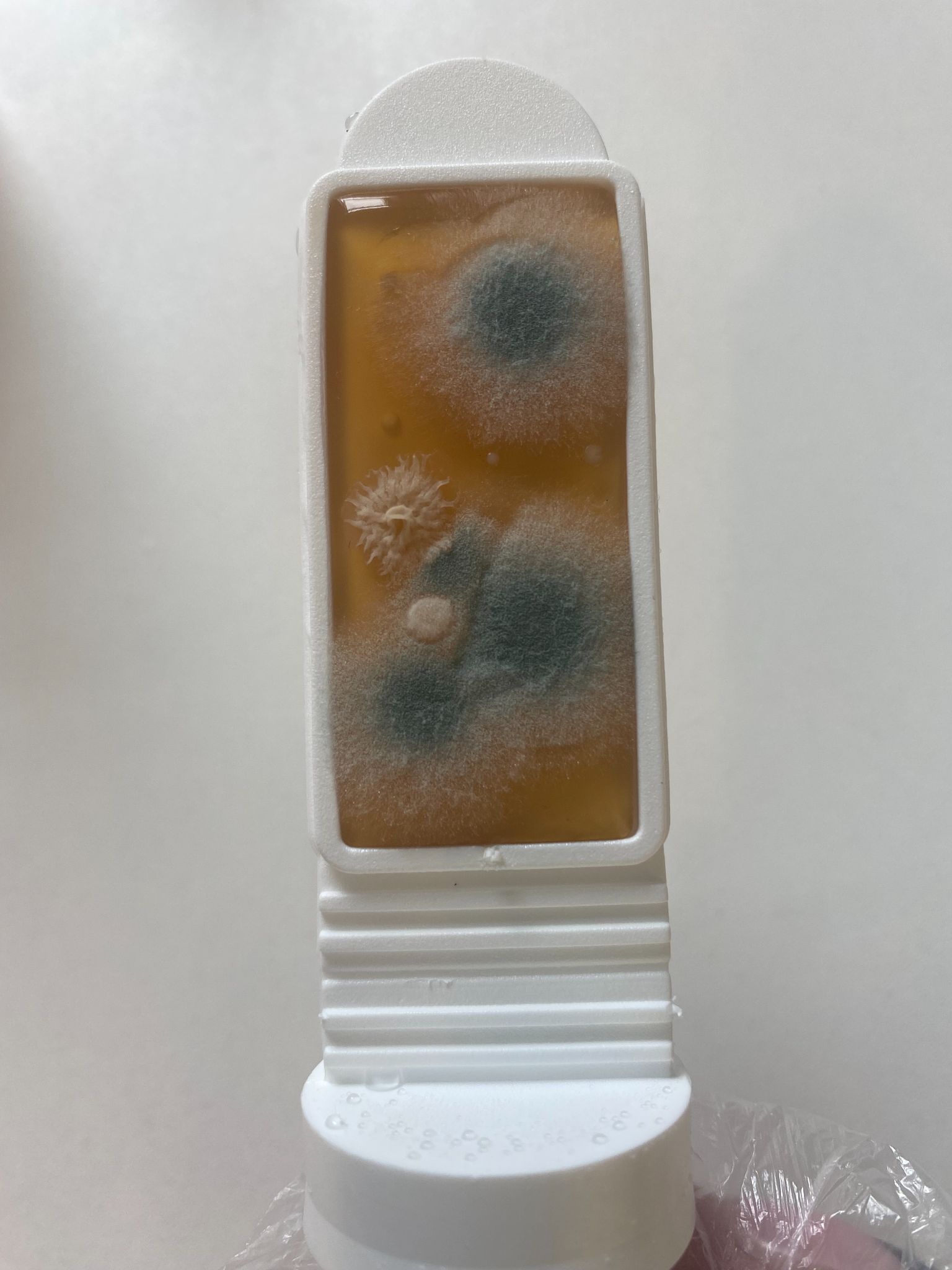 Pictured: Swabs from the hand sanitiser bottle, which showed the highest levels of mould formation compared to all the test samples

Interestingly, the toilet seat did not even make the top ten germ hotspots, with the toilet swab actually producing 11 times less combined colony forming units than a computer mouse.

Potentially the most common touch point in the office is the desk but compared to other areas, the desk swab actually produced the lowest amount of combined colony forming units, 4.8 in total. That’s a staggering 120 times less bacteria, yeast and mould than found on the computer mouse and 36 times less than the hand sanitiser bottle.

Overall, across the 13 touch points tested, the swabs found a total of 1,644 colonies of yeast and bacteria.

Eileen Calder, Product Manager Wipes, EMEIA at Chicopee said: “It was no surprise that touchpoints that are contacted by multiple people and warm, humid environments, such as the kettle, are a breeding ground, but these are spots that could potentially be missed during a robust cleaning regime.

“The research has revealed just how important it is to keep office environments clean, using quality products multiple times a day to minimise risk – we recommend wiping down areas such as kettles and kitchen spaces after every use to stop the spread of bacteria and keep build up of cells to a minimum, and ensuring everyone in communal spaces has access to effective and easy to use cleaning products”.

To find out more about the study and see the worst offending areas in the office, please visit https://whatsonthesurface.chicopee.com/.